The strengths and weaknesses of the “Beijing Express” finalists reviewed 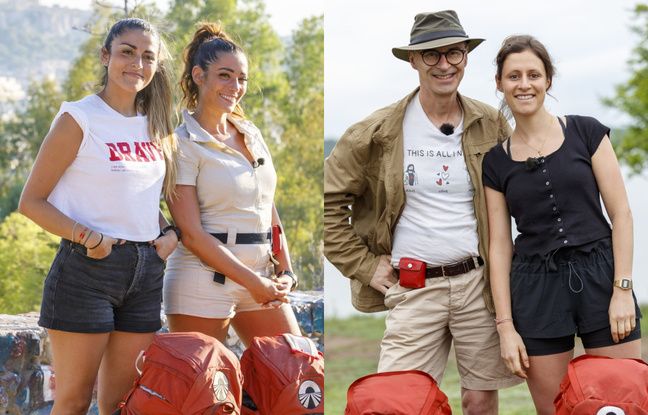 The final hour has come for the fourteenth season of Beijing Express. Tuesday, from 9:05 pm, on M6, the two pairs still in the running will take to the streets of Istanbul (Turkey) first to try to increase their jackpot at the expense of their opponents. Then, for a final sprint to the end of the suspense to hope to pocket the amount raised. At the end of the semi-finals, Cinzia and Rose-Marie, the two Parisian friends, collected 30,000 euros while Christophe and Claire, the father-daughter duo, gleaned 70,000 euros. But everything can still change … While waiting to discover the result, review, with the host Stéphane Rotenberg, the strengths and weaknesses of these finalists.

The strong point: Cohesion. They are friends but are often called “my sister” when it comes to supporting and comforting each other. When the pressure is at its height, they know how to find the right words to encourage each other and when one of them is in difficulty, the other puts benevolence and indulgence above annoyance and stress. It is partly thanks to this that they won three immunities – the record of the season – and two of the three sprints during the episode of the “untouchables”.

The weak point: The stopwatch. The two Parisian girlfriends tend to waste a lot of time when they are in difficulty on an event. At the start of the eighth episode, for example, they accumulated a certain delay by struggling to ingest the testes of sheep. sine qua non to continue their journey. In the ninth episode, Rose-Marie’s abandonment of the zipline condemned them to pull a potentially eliminatory envelope.

Stéphane Rotenberg’s opinion: “Rose-Marie and Cinzia, are two intelligent young women, physically unequal, but they have a mental strength, a cohesion, a contact with people, a formidable charm. They were excellent in the immunity tests because they have a logic, a strategy and they keep their cool. I don’t think they ever had a fight, it’s a huge force. Being two girls is an advantage for hitchhiking except when there is a couple in the car because the lady will always oppose (laughs). It is not so simple ! “

The strong point: Consistency. If he only won one, the father-daughter pair participated in all the immunity tests. He was chosen only once for a final duel – by Pierre-Louis and Arnaud – over which he triumphed. He never came last, except in a semi-final event, and won two traditional stages, as well as two of the three semi-final stages. An impressive track record.
The weak point: An imbalance. Claire is fully into each event while Christophe sometimes indulges in nonchalance. The first would benefit from putting on a little less pressure and the second to concentrate more when the stakes require it. His memory blank when Stéphane Rotenberg asked him what his daughter’s first name was, for example had unfortunate consequences on the outcome of an immunity test.
Stéphane Rotenberg’s opinion: “Claire is a real sportswoman, of a very good level. She knows Beijing Express by heart, all seasons, she is a real fan. This encyclopedic knowledge helps. Christophe likes to play, sometimes by strategy, the role of the ball but is far from being one. We saw it in the immunity tests where he was excellent. He’s 60, it’s the first time we’ve had a sixty-year-old in the final. It’s a performance that we haven’t talked about much. He depends on his daughter, he lets her do the hitchhiking, but he knows how to save himself and, when he has to go, he sends. “

False arguments in support, a Miami school bans the vaccine to its teachers

’50Plus riot is indicative of a bigger problem in The Hague’

Art already has its punk dealer

False arguments in support, a Miami school bans the vaccine to its teachers

The Oscars: all winners at a glance | Paudal