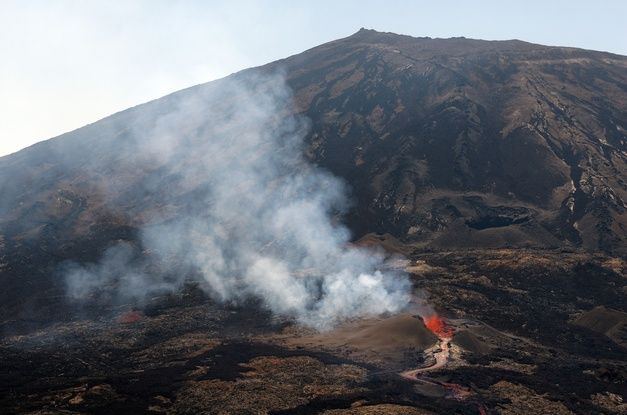 The bodies of two hikers were found this Thursday morning on the island of Reunion, said the gendarmerie. The two young people went on a hike Tuesday to Piton de la Fournaise, the volcano currently erupting on the island.

The bodies of the two victims, in their twenties, were discovered by the high mountain gendarmerie platoon in the enclosure, the central caldera of the volcano. The reasons for the deaths of the two young men are not yet known.

Few fatal accidents on the trails of the volcano

The two men had gone to see the eruption in progress since April 10. They were to meet their families on Wednesday in the parking lot giving access to the enclosure but never showed up at the meeting point. The alert was given by their relatives.

Hiking accidents are quite common on the trails of the volcano, but they are rarely fatal. One of them happened in 2003. A young man was charred to death after falling into a crevasse near a lava flow. The victim wanted to photograph the rash.

Five new destinations with Brussels Airlines during the summer

VIDEO. A woman in Matignon in France? “The country is ready but the political class is not”, regrets Edith Cresson, the only one to have held this position 30 years ago

Digital festival STRP is looking for new ways to connect